One night I was walking on a football ground in my college humming  Eminem’s Mockingbird. Something caught my attention. At a distance of around 50 meters or so there was a white figure floating in the air in the dark. The figure stopped moving because it gets to know that saw it. Me, out of fear shouted and that figure started moving towards me. The louder I shout the faster it moves. I almost got a heart attack when it started shouting my name.  My body got paralyzed in shock. I could see that figure some 20 feet away from me. Suddenly that figure asked me “abey pagal ho gaya kya? (Have you gone mad?)”. For next 10 seconds, I could not believe that he was my friend. The friend who is skinnier than a pen.

I am writing this article in order to save all those people like me who could suffer severe heart attacks after seeing skinny people in similar situations (just kidding).

Are you really a hard gainer?

‘Hard gainer’ is the most abused word in the fitness world. People think they are hard gainers but most of the time they are not. They are just unaware that they are not eating enough calories.

Here is what I want you to do now: Take a paper and write down whatever you have eaten last week, do some research and calculate how many calories you were consuming in a day. Use this calculator to know how many calories you are supposed to consume if you were not a hard gainer. If your consumed calories are less than this then just eat properly before worrying about being a hard gainer.

Now there are two types of hard gainers: skinny and skinny fat.

Skinny fat is the type of people who have Body Mass Index in the healthy range but they have a body fat percentage in obese range with no muscle mass.

Both are completely different from each other so in this article, we will discuss only skinny. (Check this out if you are a skinny fat)

Root Cause and First Preference

Why are you a hard gainer? Because you are gifted with an ability to very quickly burn the hell out of the food you eat. If you are worried about how much fat you are eating or how much protein you should it, just stop right there. Your first preference should be to eat as many calories as possible throughout the day until you see yourself gaining weight.

“Eat big to get big,” they say but I think there is a limit to “big” in case of eating. You can’t gain if you eat more than your maximum capacity because you are most likely going to skip the next meal. In general, the more volume you eat the longer food is gonna be there in your stomach, the longer you won’t be hungry. As you might know that 10+10 = 20 and so is 11+9 but 10*10 is always maximum for two numbers summing to 20. The same logic applies here. You have to split your meals as equal and as frequent as possible to maximize how much you eat and after that increase the density of the food you eat. So here is the new one “eat smart to get big”.

Some Easy and Healthy Ways to Increase Your Calorie Intake

Since last one month, I have tried every stupid thing I could think of to increase my calorie intake by 800 calories a day. I was pretty successful as I have gained 7 kgs(which I am going to shed off as I hate being bulky) instead of being an ectomorph and very active. So here are those :

Some famous skinny to muscular transformations 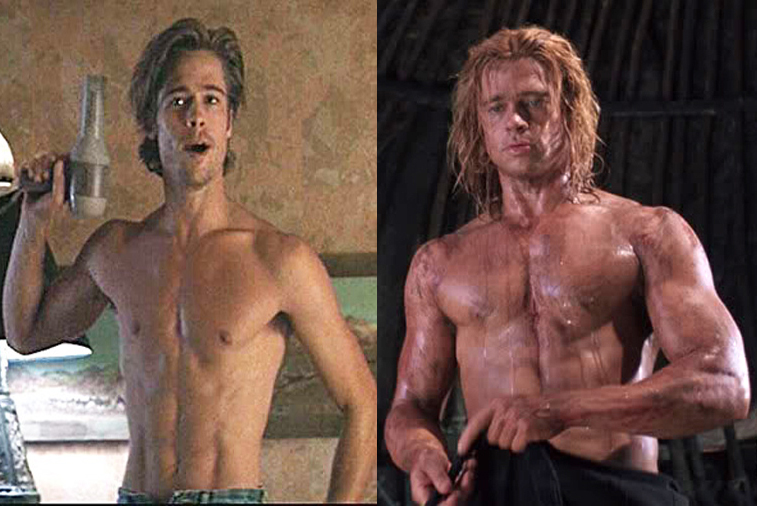 If you need more specifics here is a sample diet plan(4000 calories).